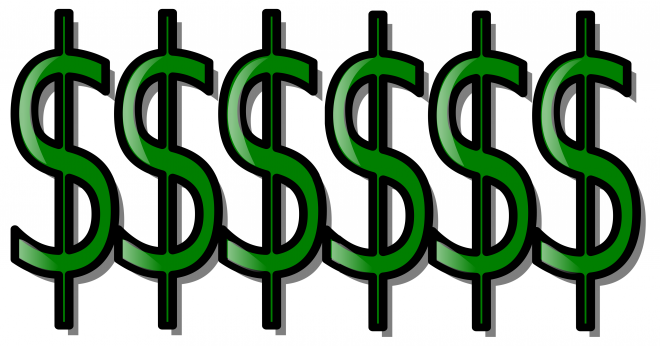 The Legal Services Staff Association is gravely concerned about the massive hiring spree occurring at Legal Services NYC.  This spree follows on the heels of management’s prior pleas of financial crisis, which led union staff to agree to significant health care and salary concessions in our last contract.

In August 2014 alone, LSNYC management created almost 20 brand new job openings. The associated salary costs for those positions are estimated at approximately $1.2 million and with an estimated 40% fringe cost, will cost the organization almost $1.7 million.

The hiring spree comes at a time when LSNYC still has not received a response to the request to carry over the LSC funds that LSNYC failed to spend last year when they cried poverty and forced the union to strike. The LSSA 2320 union believes the aggressive hiring is inappropriate.

Many union members made significant and difficult sacrifices last contract, and the union wants ensure that funding is allocated fairly and responsibly to support existing staff who are already doing the hard work of protecting our clients. 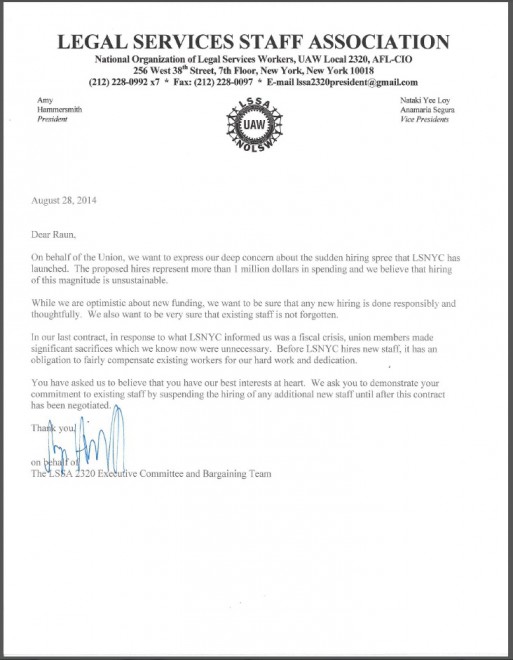 On August 21, 2014, the union bargaining team made a formal request at the bargaining table for LSNYC management to halt hiring.

The following week, the union’s Executive Committee and bargaining team sent a letter to Raun Rasmussen, LSNYC Executive Director, requesting that management demonstrate its commitment to existing staff by suspending the hiring of new staff until our contract is negotiated. (See attached letter.)

On September 8, 2014, the LSNYC union members sent coordinated emails to the LSNYC Executive Director and the Project Directors at each borough office to ensure that LSNYC management understands that all union members share the concerns raised by our executive committee and bargaining team regarding the pace and scope of proposed new hiring.

The union awaits a response from LSNYC management.