It is imperative that we correct the inequalities in our step system. Our step system is systematically inequitable: it provides lower percentage increases at virtually each step to staff on the lower paid scales, and has a disparate racial impact. 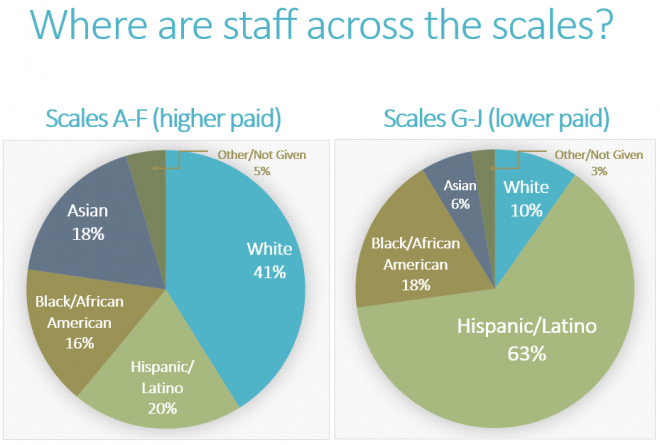 This is not right, it is inequitable, and it is long past time that we correct it.

We must bring our salary scale in line with LSNYC’s commitment to racial, social, and economic justice, and to our principles of diversity, equity, and inclusion (DEI). And although LSNYC may not be able to fully implement these changes fully in this year of pandemic and budget uncertainty, we certainly can take significant and meaningful steps right now. 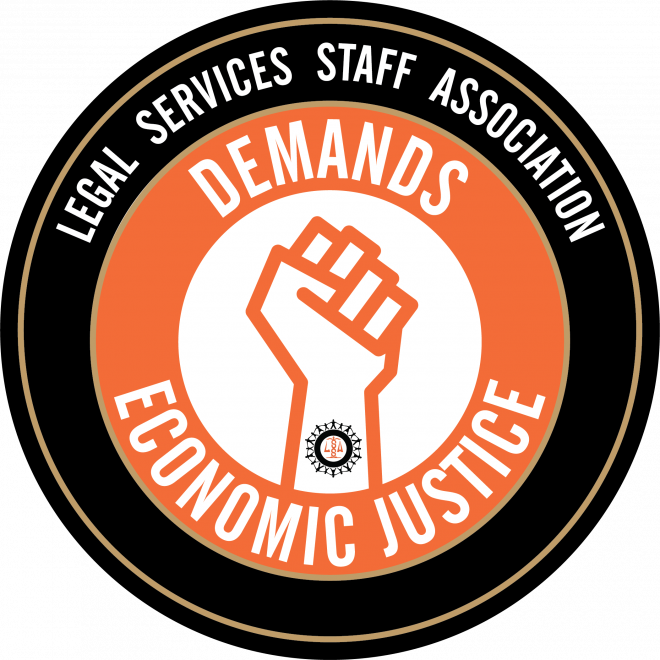 Finally, we demand that the bump for those legal workers providing interpretation and translation services be increased from $1500 to $3000, matching the $3000 specialist bump awarded largely to attorneys, and, contingent on reaching an acceptable agreement on the above elements, we accept management’s proposal to increase the educational loan reimbursement fund from $200,000 to $260,000 per year.

We have the money to make the changes the union is proposing. LSNYC received surprising and welcome news from Cigna last month – our health insurance contract was renewed at a lower rate, saving us $1.7 million dollars from what we had budgeted. In addition, due to Covid, LSNYC has pushed back planned hires. We believe it is reasonable to expect several million dollars in savings due to delayed hiring alone.