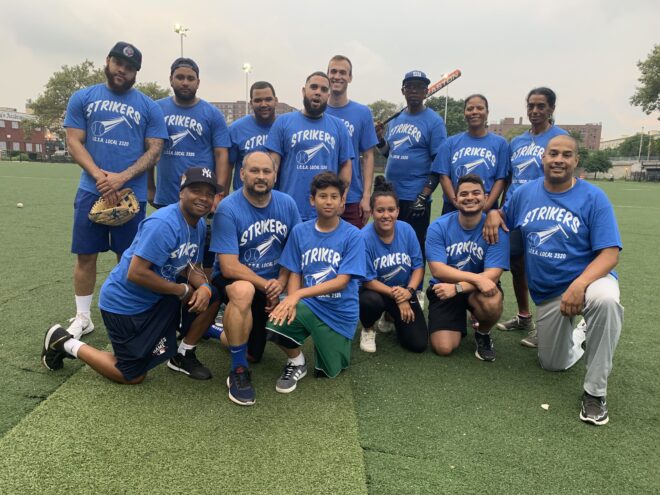 Congratulations to our union softball team, the Strikers, who have won their softball league championship, making this our third championship in five seasons. Thank you to our union captains who led the team and our union members who joined the roster and demonstrated that solidarity leads us to success!