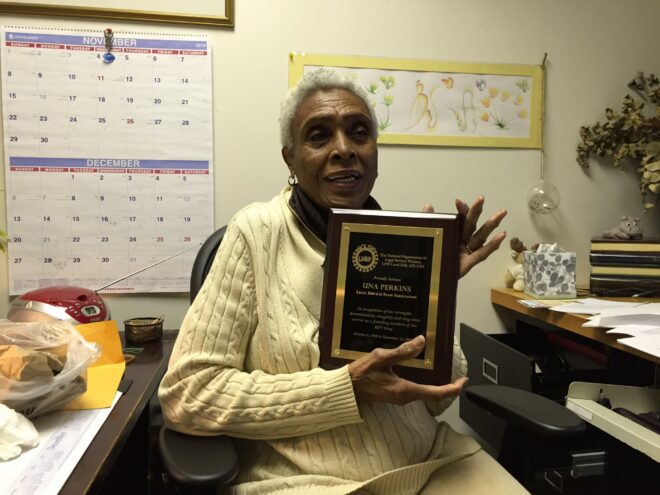 Congratulations to union member Una Perkins, who today retires from MFY after 46 years of employment.

Una was a founding member of our union in 1972, and has been a paralegal at MFY since 1969. Among her many other notable accomplishments, she represented John Kelly, of Goldberg v. Kelly, the Supreme Court case that established due process rights for beneficiaries of public benefits. In recognition of her service Una also received a plaque from President Obama and an acknowledgment from the New York City Council.

Thank you, Una, for all you have done, and we wish you well in your retirement! 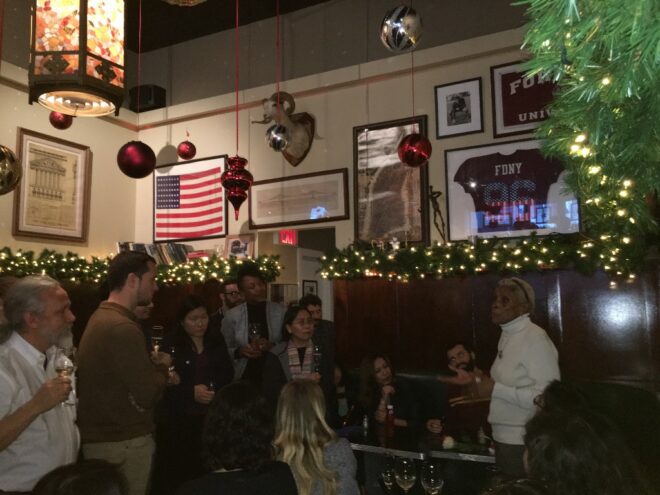 The MFY shop threw Una a party to raise a glass to Una and her many contributions to our clients and our union.