Today, the New York City Council, in a letter signed by 42 members, expressed strong support for striking members of the Legal Services Staff Association. “We are particularly troubled that the LS-NYC Board and management appear more concerned with forcing employees to accept benefit cuts than reaching a fair and equitable settlement,” said the letter, which originated from the Office of Finance Committee Chair Domenic Recchia (D, Dist. 47), and was delivered to LSNYC’s Executive Director, Raun Rasmussen; Board Chair, Joseph Genova; and Board Vice Chair, Michael Young.

The Council was critical of LSNYC’s unfounded reliance on projected budget numbers, noting that LSNYC’s own budget projections show a $10.5 million reserve at the end of 2013. The City Council emphasized that “management’s budget projections do not take into account any possibility that the cuts to LSC funding may be less than projected.” Recognizing that “extracting these cuts at this moment in time would be harsh and imprudent,” the City Council urged LSNYC Executive Director Raun Rasmussen and the management bargaining team “to come to an agreement shortly” with its employees. Click image to download PDF. 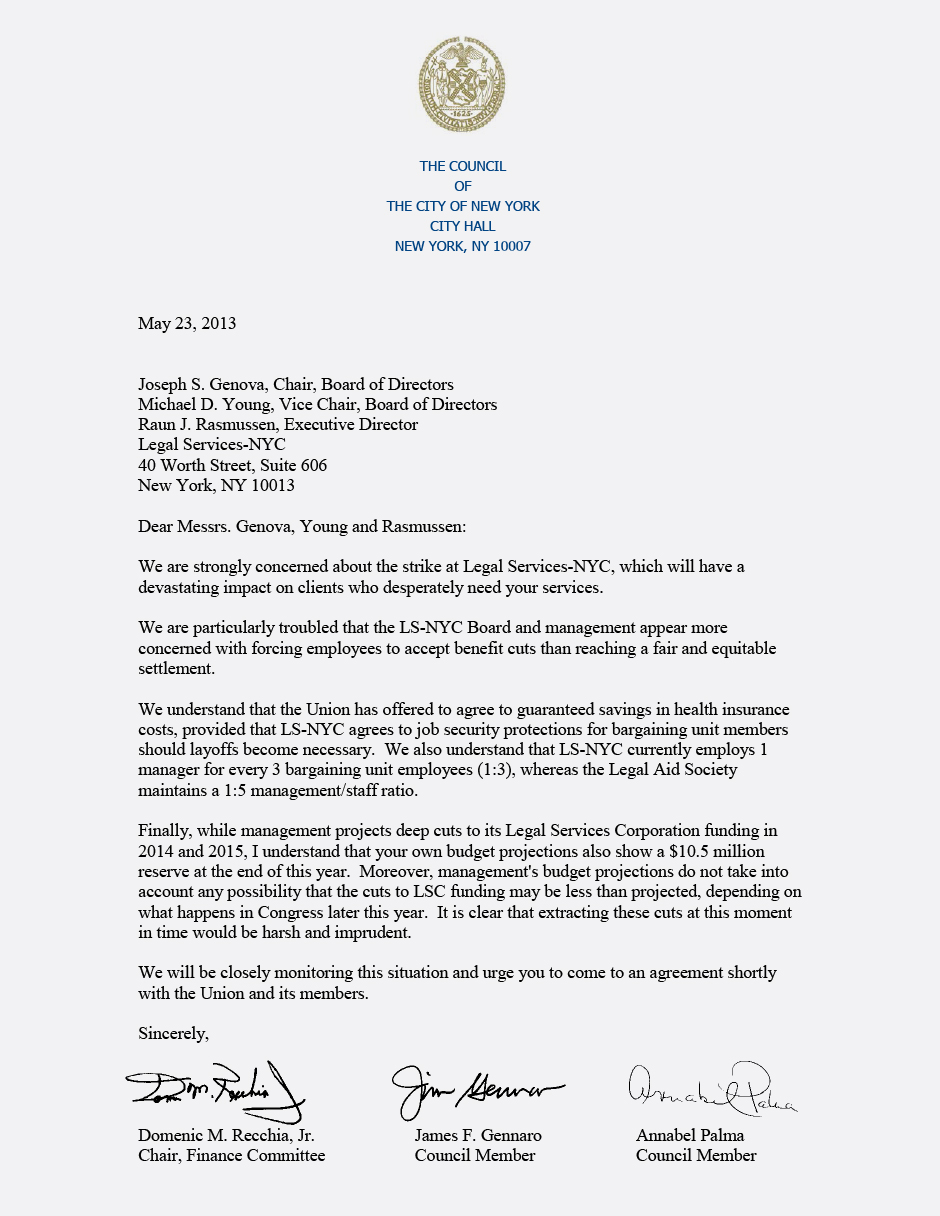