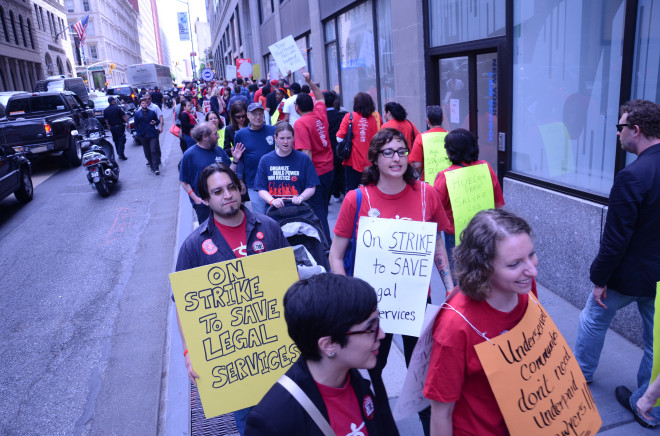 An overwhelming majority of the membership rejected LSNYC’s proposal, which demanded financially unnecessary concessions including significant cuts to health care coverage for particularly vulnerable members and families, higher employee payments to health care premiums, a 29% reduction to 403(b) retirement contributions, and zero cost of living increases to salaries.

Employees at LSNYC, the nation’s largest provider of low-income civil legal services, are on strike for the first time in nearly 20 years. Employees have been working without a contract since July 1, 2012.

More than 200 of LSSA’s members, representing virtually the entire membership, participated in the first day of the strike.