LSSA2320 Union Members: Are you a person of color, LGBTQ, a woman, or a veteran?

You can join an AFL-CIO constituency group and connect to other union members working to address the challenges that workers from diverse backgrounds face. These groups reach out to the communities they serve, build solidarity, help out with organizing efforts, and ensure full participation in our movement.

Our union LSSA 2320 will pay the membership fee for any LSSA union member who is interested in joining a constituency group and is willing to bring back what you learn to help make our union stronger.

APRI is an alliance between labor and the civil rights movement. Today, it fights for racial equality and economic justice.

APALA is the nation’s first national organization of AAPI workers. It focuses on advancing worker, immigrant and civil rights, promoting political education and voter registration programs among AAPIs, and training, empowerment, and leadership of AAPIs within the labor movement and APA community.

CBTU is an independent voice of black workers within the trade union movement, challenging organized labor to be more relevant to the needs and aspirations of Black and poor workers. 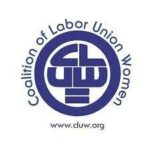 LCLAA represents 2 million Latino workers. The council organizes working people to protect the rights and expand the influence of Latinos.

Pride At Work represents LGBTQ union members and their allies, and organizes mutual support between the organized Labor Movement and the LGBTQ Community to further social and economic justice.

The council brings together workers who are veterans to speak out on the issues that impact us most, especially the need for good jobs and a strong, fully funded and staffed VA.