This week, twelve of our members joined almost 150 UAW members from across New York State to lobby in Albany on issues affecting our clients, communities, and organizations. 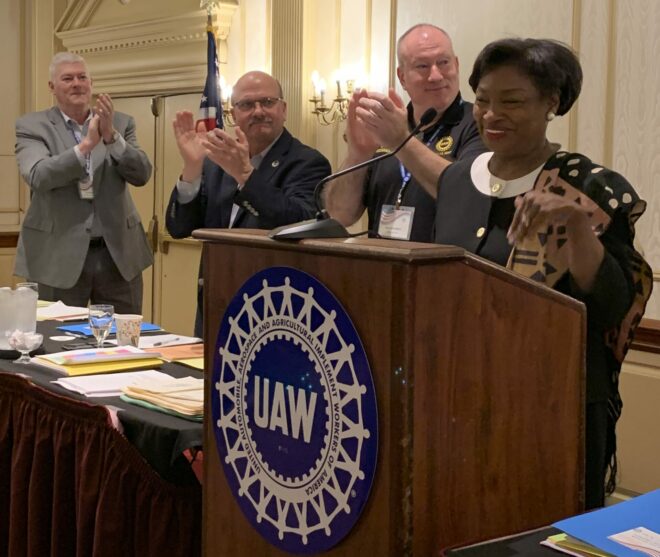 We received training on each of the issues beforehand, and heard addresses from state labor leaders and elected officials such as State Senator Andrea Stewart-Cousins, above. 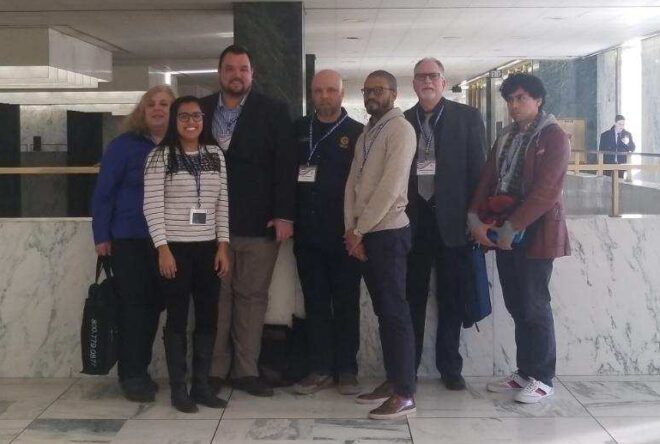 Union member George Gardner is shown with his team, above.

“The thing I love the most about these lobbying trip is the real worker solidarity that is exhibited. We lobby on issues that have nothing to do with us but help our brothers and sisters upstate. Our upstate UAW brothers and sisters lobby for our funding and reforms that will help our clients. We all get to see how we are interconnected and unite together to bring everyone up.” Nicole Salk, Brooklyn shop 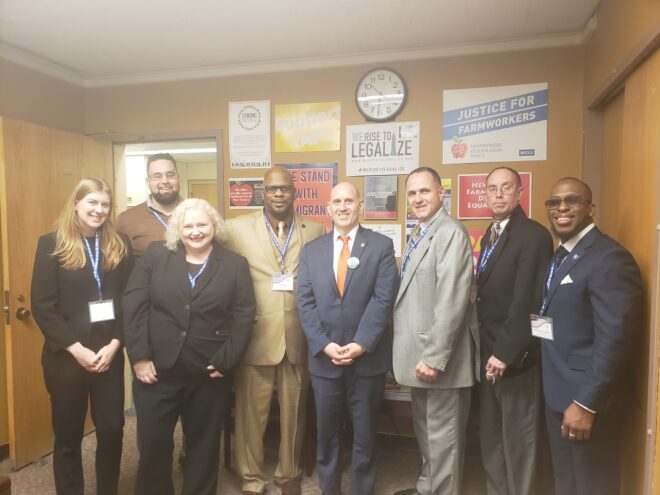 Below, union member Michael Watson lobbies with his team on reforming the rent laws. 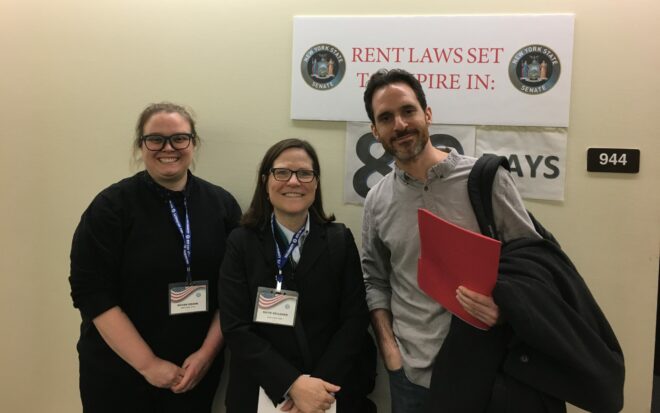 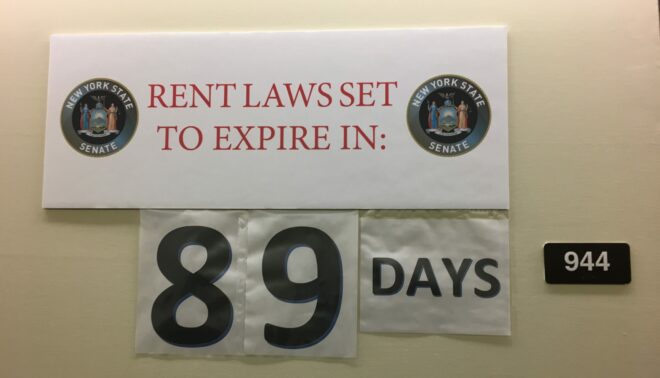 “I had an incredible time at the conference and learned so much about the mission of UAW and the organizational structure. I have returned to the shop empowered and inspired by the various brothers and sisters of locals from across the state. All of our members should get a chance to attend one of these conferences, I think it would make our local stronger.” Michael Bailey, Brooklyn shop

Below, a live shot of union member Michael Bailey during a meeting with one of our state elected officials.

“It was great to better get to know people in our own local, as well as meet fellow union members from across the state. I really liked all the people in my group and enjoyed hearing about their own experiences with the UAW (one of my teammates, Dom, has been with the union for 64 years!). Going up to Albany drives home that you’re part of something so much bigger than yourself, and the positive feedback we received on the bills was really heartening.” Landry Haarman, Brooklyn shop 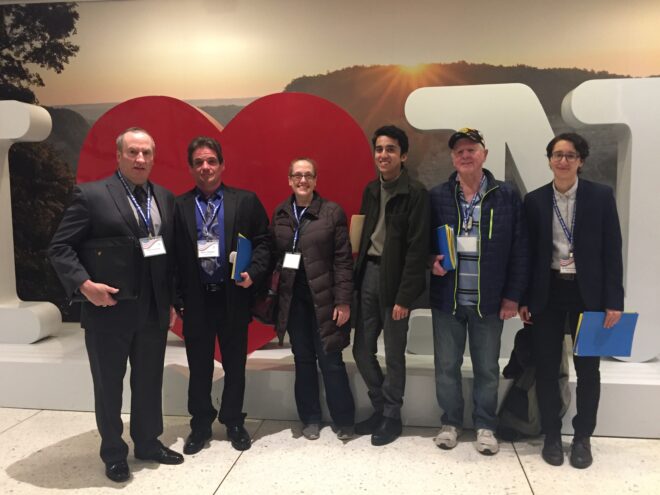 Below, union president Sonja Shield and a team of UAW members from across the state meet with Upper Manhattan Assembly Member Al Taylor. 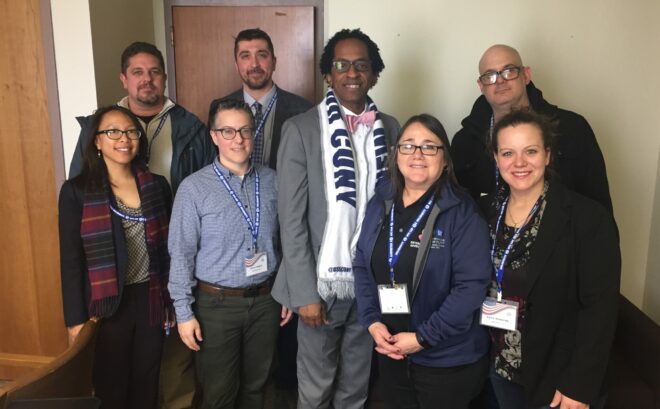 “I enjoyed learning more about UAW and getting to know the incredible people in other locals (as well as ours!) throughout New York. A lot of the work we do as attorneys is focused on our individual clients and so having the opportunity to join the broader movements around labor and housing issues was really inspiring.” Laura Hecht-Felella, Brooklyn shop

All members are welcome to join our trip next year. No prior experience is necessary.