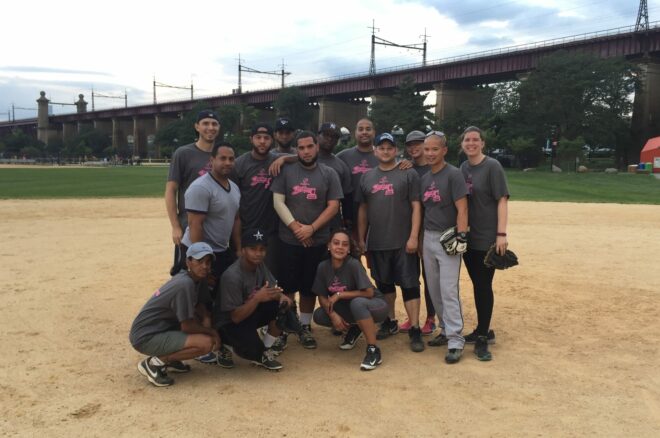 LSSA’s softball team has again won the league championship! Thanks to Anthony Villanueva and Victor Brito for bringing our team to a resounding victory 7-2 on Wednesday, and for leading us all season.

Highlights of the season included our July 1st game, where the LSSA Strikers jumped out to an early lead on Eyeview and captured a 20-3 victory at Randall’s field #19. With 15 runs in the first three innings, LSSA Strikers left no doubt about the eventual outcome. Steve racked up three RBIs on three hits for LSSA Strikers. Charles Kleon got it done on the rubber on the way to a win. He allowed three runs over five innings. Kleon walked one and gave up seven hits. LSSA Strikers easily handled Eyeview pitching as eight hitters combined for 19 hits, 17 RBIs and 17 runs scored. LSSA Strikers answered Eyeview’s top inning with five runs of its own in the fourth. LSSA Strikers scored on a fielder’s choice, a groundout by Angy Wong, a two-run triple by Steve, and an RBI single by JR. Team caption Victor Brito praised the team for their strong early hitting and great fielding.

Another great game was on July 8th when a second-inning rally sparked a 15-1 win in six innings for the LSSA Strikers. The eight-run explosion in the second inning was one for the history books. LSSA Strikers scored in the second on a two-run triple by Thomas Lee, an RBI single by Kiko, a two-run single by Cisto, an RBI single by Victor Brito, and a two-run triple by Steve. Cisto racked up four RBIs on three hits for LSSA Strikers. Charles Klein got it done in the circle on the way to a win. He allowed one run over five innings. Charles Klein struck out none, walked one and gave up seven hits. LSSA Strikers easily handled MBAF CPA’s pitching as six hitters combined for 15 hits, 12 RBIs and 12 runs scored. The game was never in doubt after the first, as LSSA Strikers scored four runs on a two-run home run by Junior, a groundout by Gloria Nicodemi, and an RBI triple by Nelson Mar.

Thank you to all of our union members and family members who joined the team or cheered on our players. See you next season! 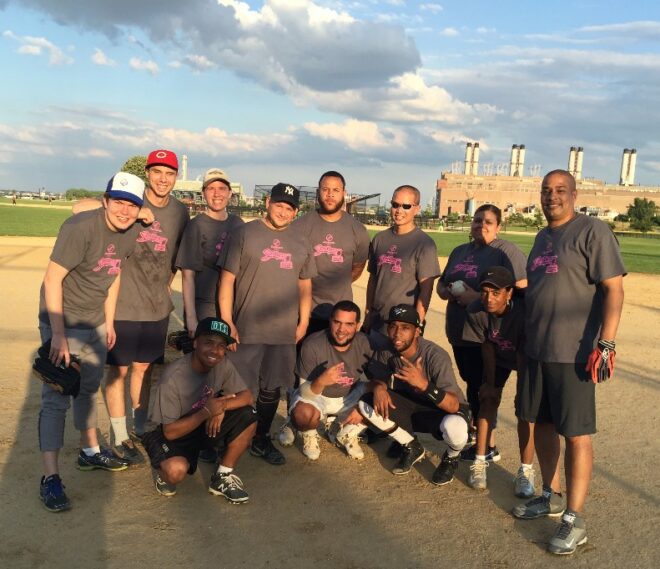