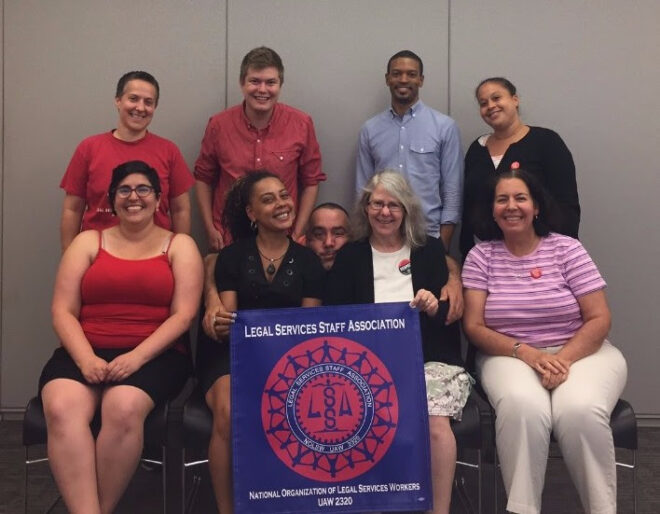 It is time for us to negotiate our next union contract with Legal Services NYC. In preparation, we have sought nominations from each shop of union members who are interested in serving on the bargaining team. This week, our union’s Delegates Assembly considered the statements submitted by each nominee and from the pool of nominees crafted a team of seven bargaining team members and two alternates, with the goal of creating a team that has a variety of strengths and experiences and that fully represents our diverse membership.

This is an incredibly strong team, with a diverse and comprehensive set of skills. Together our team represents every borough as well as different races, genders, and job categories. The team’s tenure at LSNYC spans a vast range of time, from those who joined LSNYC recently to those who have worked at LSNYC for decades. We have members on the team who were on the 2009, 2013, and 2014 bargaining teams, which provides a depth of knowledge and institutional memory that will serve us well. And we have members on the team who have experience negotiating, grew up in union families, unionized previous workplaces, and worked at other unions before coming to LSNYC.